Marilyn JoAnne Kallam, 81, of Portsmouth, passed away Monday, January 21, 2019 at the SOMC Hospice Center. She was born November 25, 1937 in Rarden, a daughter of the late Katherine Rosebud Kallam and Kenneth Winters.

Marilyn retired after 30 years from Portsmouth City Schools where she worked as a health aide. A 1953 graduate of Glenwood High School, she was of the Baptist faith and a former member of the SOMC Hope Guild.

In addition to her parents, Marilyn was also preceded in death by a grandson, Michael Mueller.

Funeral services will be held at 11 a.m. Friday at the Ralph F. Scott Funeral Home in Portsmouth with Rev. Michael Phillips officiating and interment in Mt. Joy Cemetery,

The family will receive friends at the funeral home Thursday from 4-7 p.m. and one hour prior to services Friday. 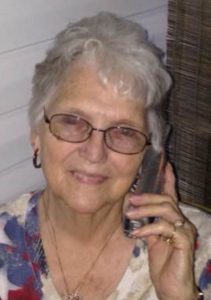