Joan Carol Heimerl, 85, of Piketon, Ohio passed away Sunday, January 20, 2019 at her home.  She was born April 27, 1933 in Pike County to the late Avery Pettit and Nellie Myrtle Williams.  On October 31, 1980 she was united in marriage to John Thomas “Jack” Heimerl who preceded her in death on January 27, 2009.  Surviving are a son, Bill Smith and wife Cherry of Lucasville; a daughter, Jonda Smith-Adams and husband Rodney of Paducah, Kentucky; four grandchildren, Debbie Smith-Goodbar, Andy Smith, Misty Smith and Jonathan Donald Smith; ten great-grandchildren and two great-great-grandchildren.  In addition to her husband and parents, she was preceded in death by a daughter, Rena Lou Smith; two sisters, Barbara Alexander and Lois Williams; a brother, Charlie Robert Pettit; and a grandson, William Avery Smith, Jr.

Funeral services will be held at 11 AM on Thursday January 24, 2019 at the Botkin Hornback Funeral Home with Pastor Barry Penn officiating.  Burial will follow at Cottie’s Corner Cemetery.  The family will receive friends at the funeral home from 4-7 PM on Wednesday, January 23rd and for one hour prior to the service on Thursday. 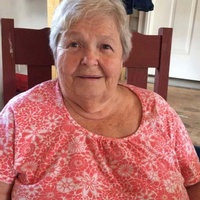