Jerry Lee Ginn, 73, of Portsmouth, passed away Friday, January 18, 2019 at Southern Ohio Medical Center. He was born February 4, 1945 in Portsmouth, a son of the late Lowell Elton and Carol Jean Poole Ginn.

Jerry retired from AEP after 42 years of service as an engineer and he was a 1963 Clay High School graduate. A Vietnam era Navy veteran, he was a member of the James Dickey Post American Legion.

In addition to his parents, he was also preceded in death by his son, Aaron Craig Ginn; and a brother-in-law, Steven Monroe.

Jerry wished to be an organ donor and he requested that no services be held. Arrangements are under the direction of the Ralph F. Scott Funeral Home in Portsmouth.

Memorial contributions in Jerry’s name may be made to the Women’s Volleyball Team or Women’s Softball Team at the University of Rio Grande, ATTN: Institutional Advancement, P.O. Box 500, Rio Grande, OH 45674. 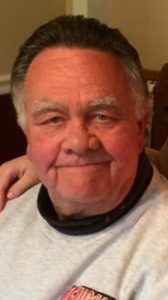