Charles Edward Lennex, Jr., Age 34, of Portsmouth, passed away Monday, January 14, 2019 at SOMC in Portsmouth.  He was born October 6, 1984 in Portsmouth to Charles and Bonnie (Evans) Lennex.  Charles was self-employed in the construction industry.  In his spare time he enjoyed nice cars, fishing, and riding four-wheelers.

He is survived by his father, Charles Lennex; one son, Charles Edward Lennex, III of McDermott; brothers, Josh (Laura) Lennex of Portsmouth, Dustin Irelan of Washington, Eric Taylor of Piketon, and Tyler Taylor of Indiana; nephews, Bryton Lennex; nieces, Karleigh and Kacey Lennex.  He was preceded in death by his mother, Bonnie.

Funeral services will be held at 6:00 p.m. Friday, January 18, 2019 at D.W. SWICK-NELSON FUNERAL HOME in New Boston with Pastor Roy Bennett officiating.  Friends may call from 5 – 6:00 p.m. prior to the service.  Online condolences may be shared at www.DWSwickNelsonFuneralHome.com. 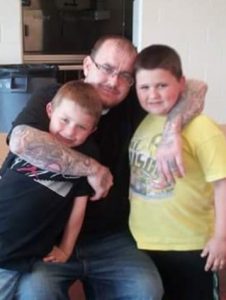