Ruby Gayheart Osborne, 91 of Waverly, Ohio was conveyed by Heavens Angels from earth to the Paradise of God on early Sunday morning January 13, 2019. She was the widow of Azzie Osborne. Loving mother of twelve children, three daughters, Ramona Jean Lowery, Pam Murray, Darla Osborne. Nine sons, Allan Dee, Danny, Shannon, Don, Dennis, Blake, Bruce and the late Dallard and Leland Osborne. Cherished grandmother of 31 grandchildren, 2 grandchildren preceded her in death, 61 great grandchildren and 15 great great grandchildren.. After all this great host of offspring in life she became a proud Master of a great companion and pet dog that has since past, Bindi. A natural at being a mother of care, not just with her family but anything she cared for in her gardens of flowers and vegetables, once nurtured by her one knew because how pretty, big or awesome tasting it was!  She was born on June 28,1927, in McDowell, Floyd County Kentucky,  the daughter of the late Lum and Myra Moore Gayheart.  Besides her parents she is preceded in death by all her siblings, Roy, Chip, Henry, Leonard, Taylor, Fred, Frank, Susie and Joy. Funeral and visitation at Botkin Hornback Funeral Home, 314 E North Street, Waverly, Ohio.  Visitation will be Wednesday January 16th from 4:00 pm. until 8:00 pm. Funeral on Thursday at 12:00 noon with grandsons Elder Jason Lowery presiding and Azzie Cole Osborne eulogizing. Burial will follow in Omega Cemetery. Special thanks to Judy, Sam and Donna, we will never forget you! 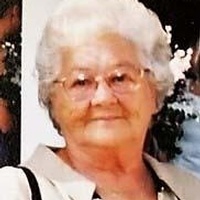