Andrew “Andy” Sissel Jr. 91 of West Portsmouth died Saturday, January 12, 2019 at his home. He was born August 6, 1927 in Portsmouth to the late Andrew Sr. and Pearl Cooper Sissel. He was retired from Portsmouth Ready Mix with 42 years of service. He was a WWII United States Army veteran. He was also a member of Turkey Creek Freewill Baptist Church where he was Sunday School Superintendent for over 27 years. He was a Lifetime Member of the NRA. He also enjoyed farming and was an avid Coon hunter and Turkey hunter. Andy enjoyed his nightly dinners brought to him by his grandson Michael Sissel II.

Along with his parents Andy was preceded in death by his wife, Pauline Sylvia McGraw Sissel who he married on May 3, 1948, a daughter, Pamela Kaye Moore, 3 brothers; Carl, Delbert and Chester Sissel, 3 sisters; Faye Sissel, Bertha Sissel and Rosie Shirey and a grandson Matthew Moore.

Funeral services will be 1:00 PM Tuesday January 15, 2019 at the Roger W. Davis Funeral Home in West Portsmouth with David Sibole officiating and interment in McKendree Cemetery. Friends may call at the funeral home from 5 to 8:00 PM on Monday and one hour prior to the service on Tuesday. Condolences may be sent to www.rogerwdavisfuneralhome.com. 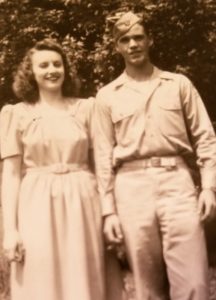