Lee Hammond, 76 of West Portsmouth died Wednesday, January 9, 2019 at Southern Ohio Medical Center. He was born March 5, 1942 in West Portsmouth to the late Marshall and Dorothy Helen Waughtel Hammond. Along with his parents, he was preceded in death by his wife of 46 years; Dorothy “Dot” Kitchen Hammond, 2 sons; Brian and Barry Hammond, 2 brothers; John and Howard David Hammond, and 3 sisters; Helen Wolfe, Nancy “Teen” Gilliam, and Amanda Rigsby.

He retired as a Union Carpenter after 46 years, as well as a member of the Carpenter’s Local #437.

Funeral services will be 11:00 AM Monday, January 14, 2018 at the Roger W. Davis Funeral Home in West Portsmouth with Paul Gibson officiating and interment in Scioto Burial Park. Friends may call at the funeral home from 4 to 7:00 PM on Sunday and one hour prior to the service on Monday. Condolences may be sent to www.rogerwdavisfuneralhome.com. 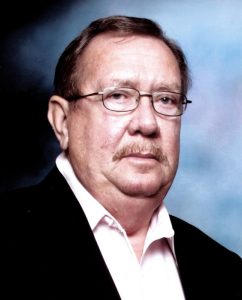