He was born March 28, 1954 in Elizabethtown, Kentucky, to the late Samuel Keys and Doris Pack Keys.

Steve was a member of Cornerstone United Methodist Church. He volunteered for many years at Hertko Hollow in Iowa, a summer camp for children with diabetes.

Throughout his career, he tirelessly volunteered his time and skills, as a doctor, to serve the underprivileged in many parts of the world, in service to Christ.

Funeral services will be held 1:00 p.m. Saturday, January 12, 2019 at F. C. Daehler Mortuary Company in Portsmouth with Rev. Tom Charles officiating. Interment will be in Greenlawn Cemetery. Visitation will be Friday from 5:00 p.m. to 8:00 p.m. and also one hour prior to the service.

In lieu of flowers, memorials may be made to Cornerstone United Methodist Church, 808 Offnere Street, Portsmouth, Ohio 45662. 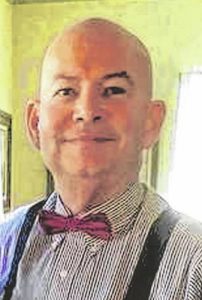