William “Walt” Walter Craycraft, Age 86, of Lucasville, passed away Sunday, January 6, 2019 at his home.  He was born December 1, 1932 in Wheelersburg to Edgar and Lucy (Watkins) Craycraft.  Walt honorably served his country as a member of the U.S. Marine Corps, attaining the rank of Staff Sergeant.  In 1950 he was joined in marriage to Juanita Todd.  He worked as a shoe grinder for Century Shoe Company in Portsmouth for 37 years, retiring in 1991.  In his spare time, Walt enjoyed working in the yard, reading, woodworking, hunting, and fishing.

Funeral services will be 11:00 a.m. Thursday, January 10, 2019 at WOLFE-NELSON FUNERAL HOME in Sciotoville with Pastor Brian Baer officiating.  Interment will follow at Greenlawn Cemetery in Portsmouth with military rites provided by James Dickey Post #23, American Legion.  Friends may call on Wednesday from 5 – 7 p.m. at the funeral home and one hour prior to the service on Thursday.  Fond memories and expressions of condolence may be shared at www.WolfeNelsonFuneralHome.com. 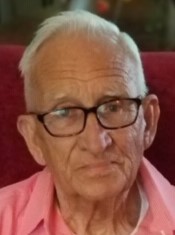