Age 86 of Mansfield, formerly of Sciotoville, went to be with the Lord December 18, 2018 at Heartland of Marion in Marion, Ohio.  She was born August 13, 1932 in Portsmouth to Robert and Agnes (Webb) Craft.  Doris was married to Robert Wilson in South Shore, KY and lived in Sciotoville for 40 years.  She loved reading the Bible and sending out Christian literature.  Doris also enjoyed flowers, birds, collecting porcelain dolls, and Pepsi Cola.  She was a longtime member of Berean Baptist Church in Sciotoville and Mansfield Baptist Temple.

Funeral services will be 11:00 a.m. Saturday, December 22, 2018 at D.W. SWICK-NELSON FUNERAL HOME in Wheelersburg with Pastor Steve Mann officiating.  Interment will be later at the convenience of the family.  Friends may call on Friday from 4 – 7:00 p.m. and one hour prior to the service on Saturday.  Fond memories and expressions of condolence may be shared at www.DWSwickNelsonFuneralHome.com. 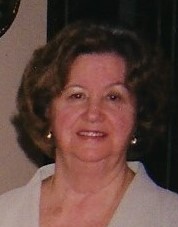