She was also preceded in death by her husbands, Chuck Brown and Jessie Alley; a daughter Kimmy Johnson; a granddaughter, Jackie Ruby; four brothers and three sisters.

A memorial service will be held at a later date.

Arrangements are under the direction of the BRANT FUNERAL SERVICE IN SCIOTOVILLE.  www.brantfuneralservice.com. 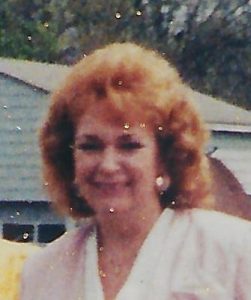