Donald Ray Lutz, 77 of West Portsmouth, died Sunday, December 16, 2018 at SOMC Hospice. He was born April 28, 1941 in New Boston to the late Eugene Bryson and Fern Alice Bender Lutz. Along with his parent’s Ray was preceded in death by 4 brothers; Charley, Marvin, Jim and Russ Lutz.

Ray was United States Army veteran of the Vietnam War and a member of the James Dickey Post 23 American Legion. He was retired from Patterson Paper Box where he was a Supervisor. He was also a former member of Washington Township Volunteer Fire Department. Ray enjoyed doing woodworking and tinkering with cars. He also loved music.

Funeral services will be 1:00 PM Thursday, December 20, 2018 at the Roger W. Davis Funeral Home in West Portsmouth with Jim Benner officiating. Interment will be in Scioto Burial Park with graveside military rites by the James Dickey Post 23 American Legion. Friends may call at the funeral home from 6 to 8:00 PM on Wednesday and one hour prior to the service on Thursday. Condolences may be sent to www.rogerwdavisfuneralhome.com. 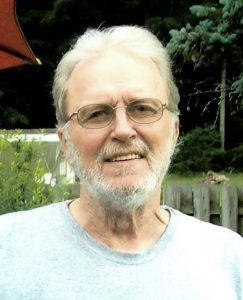