Delbert “Ernie” Legg, 70, of Waverly, Ohio passed away Wednesday, December 12, 2018 at Adena-Pike Medical Center in Waverly.  He was born July 1, 1948 in Pike County to the late Delbert Ernest Legg, Sr. and Pauline Yates Legg.  On April 12, 1968 he was married to Pat Blackburn Legg who survives. Also surviving are a son, Gary Legg and wife Jenny of Waverly; a daughter Pam McCorkle and husband Jim of Chillicothe; five grandchildren, Garrett Legg, Ashley Cameron and wife Stephanie, Sean, Maggie and Matthew McCorkle; two brothers, John Legg, Ed Legg and wife Tammy and many sisters in law and brothers in law, nieces, nephews, and friends.  In addition to his parents, he was preceded in death by a sister, Sharon Mustard and brother in law, Gary Mustard, and a nephew Darrick Legg.

Ernie was a supervisor at USEC/FLUOR for over 35 years.  He enjoyed taking care of cattle with his son, grandson and brother in law.

Funeral services will be held at 2:00 PM Sunday, December 16, 2018 at the Botkin Hornback Funeral Home in Waverly with Rev. Terry Lawson officiating.  Burial will follow in Gardner Cemetery.  The family will receive friends from 11 AM until the time of the service at the funeral home. 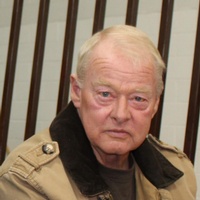