Alfred Henry “J.J.” Johnson, 68, of Portsmouth, passed away Saturday, Dec. 8, 2018 at Cornerstone Hospital in Huntington, WV.  He was born Sept. 8, 1950 in Cleveland to the late Alfred and Dolores Gomez Johnson Sr.

A Vietnam War Army veteran, J.J. had worked as a corrections officer at SOCF and had attended Living Faith Temple.

In addition to his parents, J.J. was also preceded in death by an infant daughter, Janessa D. Johnson; and a sister, Sheila D. Johnson.

Honoring Mr. Johnson’s service to our country, the flag of the United States  Army will be flown at the funeral home on Wednesday. 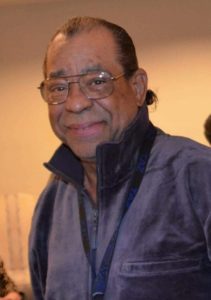