Elmer Richard Malone, 88 of West Portsmouth died Saturday, December 1, 2018 at SOMC Hospice.  He was born February 12, 1930 in Portsmouth to the late Clovis and Grace Johnson Malone. Along with his parents, he was preceded in death by his twin brother; Clarence Malone.

Elmer was a contractor and had his own construction business. He was a United States Navy Veteran of the Korean Conflict. He was also a member of the Nauvoo United Methodist Church and a member of the Rome Masonic Lodge #535.

Funeral services will be 11:00 AM Tuesday, December 4, 2018 at the Roger W. Davis Funeral Home with Donald Malone officiating. Interment will be in Scioto Burial Park with Military graveside rites presented by James Dickey Post #23 American Legion.  Friends may call at the funeral home from 6 to 8:00 PM on Monday and one hour prior to the service on Tuesday.  A Masonic Service will be held on Monday evening starting at 8:00 PM.  Condolences may be sent to www.rogerwdavisfuneralhome.com. 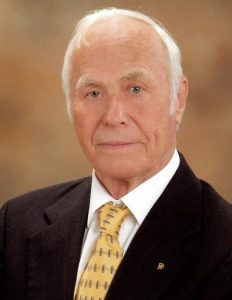